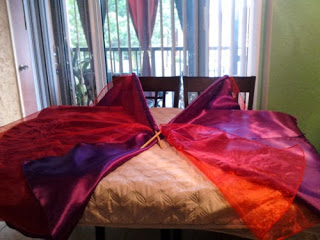 Bible Verses About Healing – The Bible speaks often of miraculous healing through the work of Jesus Christ and through faith in God. Find Scripture that will encourage you and help you focus on finding comfort through the healing of Christ both spiritually and physically. 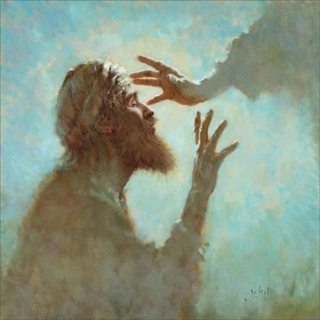 Six years ago, my faith was still fairly new to me, so when my heart flat-lined to zero, my days felt like a slog through mud, and God faded like fabric in the sun, I’d no idea that I might be enduring what St. John of the Cross called a Dark Night of the Soul. When an opportunity arose to visit a monastery for a few days, it felt like the hand of God; nuns observing ancient practices in a speeding world lit a fire in me to join them. I could turn every chore, thought, encounter into a sacred act, sing praises to God with my sisters, lift up the spirit, give my life purpose and meaning. Back home I searched the Internet for Benedictine and Carmelite communities like they were ships in the distance and I was on a life raft. This is precisely when, in the middle of the night, in the middle of middle age, I awoke to a rapist in my bed, “Don’t scream. I have a knife,” he said.

“Now, God?” I screamed inside. “Now, when I’ve decided to spend my life being close to you?” More than rape, I feared I’d never forgive God because of it.

The intruder was our town’s serial rapist, who’d attacked four women before me. I knew that if I didn’t fight he would not beat me, and that post rape he’d want to chat to kill time before another round. So after the attack, I prayed Hail Marys to drown him out, while interiorly I prayed for him and then for me. He commanded me to stop, but I refused, and soon he backed out of bed, patted me on the shoulder, said, “It’s OK,” and left.

For a day or two after the rape, I was in shock and weirdly almost joyous. Prayer had chased the rapist out and my faith had flown back in on eagle’s wings. But more importantly, in the midst of the terror, in the void of his howling absence, in my absolute lack of control, God had been hotly present.

Shaken out of myself by the visitation of horror, the world slowed enough for me to really look at it. Life burst into vibrant color, which did not fade when the adrenaline-induced euphoria did and I raged at God, cried every day, was too afraid to fall asleep, and called a priest, weeping, “Why would God do this to me?”

He’d reminded me of what I already knew from experience: pain is a place of breakthrough, and so I set about discerning how God might be using it to help me grow.

I was in no condition to commit to a religious community nor was I a fit candidate for a novitiate. But I did visit for six months five monasteries and houses of prayer. And when that time was done, I arranged to rent my house, and from the proceeds, I paid each month to stay at Nada, a Carmelite Hermitage and Retreat Center in Colorado, where I prayed and worked with the community and lived in a tiny hermitage, overlooking the oceanic prairie in one direction and our own big-shouldered Mount Carmel in the other. After a year, I took vows as a lay member.

I followed a rule of life: I mediated and prayed the daily office; I practiced yoga and hiked through high-desert wilderness. I studied Scripture, read theologians and came to consider the Desert Fathers and Mothers, saints and mystics my friends and teachers — most notably, St. Teresa of Avila, St. John of the Cross, Brother Lawrence, Julian of Norwich and Thomas Merton. I tried to do as Evelyn Underhill instructed in “Practical Mysticism”: to look with the eyes of love, slow down enough to experience awe, to see that the pebble under my shoe, every person and cell, every bit of the universe is in union, and all are in union with the One.

I contemplated the evil that had visited me, the fear that still woke me in the night and Christ on the cross. I imagined myself with Christ in the Garden of Gethsemane, his fear as he sweated drops like blood, his love for us, his resolve. Then one day I felt a presence, as if sitting in a dark room, you sense someone standing a foot away. Palpable, although ephemeral, as heartening as your best friend and neighbor watching your back. And I began to feel loved. Much later, a hummingbird mistook me for a flower, a hawk lifted a bunny into the air by its shoulders, fallen trees began to crumble, and I came to know body and soul that nothing is irredeemable, or bad. Joy as daily bread is imperative. I began to forgive the rapist — and to forgive life for being life. Then four years after I’d retreated to monasteries, I left them and re-entered the world.

Leon Bly, the French Catholic novelist, wrote, “In his heart man has places which do not exist and into them enters suffering in order to bring them to life.”

Pain had opened a wound through which light came streaming in, filling me with wonder and the most valuable knowing: The best we can do is simply to let God love us — and healing, growth, new life will grace us like desert rain.

Article courtesy of Beverly Donofrio written for The Huffington Post

Error: Twitter did not respond. Please wait a few minutes and refresh this page.